As hundreds of lawsuits build against Saudi Arabia under the Justice Against Sponsors of Terrorism Bill (JASTA), victims of 9/11 urge President Trump to uphold his campaign promises to support their cause. JASTA allows victims of terrorism and their surviving family members to sue foreign governments for attacks on U.S. soil. Trump has been a strong advocate for JASTA. Saudi Arabia’s intensive lobbying in the U.S. against JASTA and Trump’s recent meeting with a Saudi Prince caused 9/11 victims to remind him of his commitment to them.

The terrorist attacks of 9/11 took 2,753 lives and injured more than 6,000 others. Formerly classified Congressional reports released in 2016 revealed the presence of financial support and coordination between Saudi officials and the 9/11 hijackers. In 2016, The Miller Firm filed a 9/11 lawsuit against Saudi Arabia in Washington, D.C., two days after JASTA passed (it was the first such lawsuit filed after the passage of the bill). This suit was filed on behalf of a woman widowed on 9/11 and her child, whom she was pregnant with at the time and it alleges Saudi Arabia provided logistical and financial support to Al-Qaeda, which made  the 9/11 attacks possible.

This week, more than 800 plaintiffs filed a lawsuit in Manhattan against Saudi Arabia for the 9/11 attacks. The Hill reported that the suit noted the Saudi Arabian government did not “notify the U.S. that the trio had passports marked with a secret indicator highlighting their Al-Qaeda ties,” and described the country as “duplicitous,”(thehill.com). 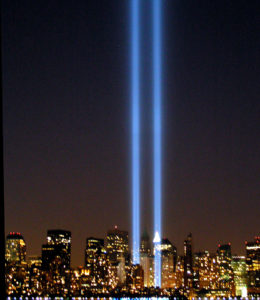 According to the Daily Caller, the Prince was “effusive” in praise for Trump after the meeting. The Wall Street Journal reported that a high-ranking Saudi Arabia minister expects the Trump administration to “dismantle” JASTA (wsj.com). The group, 9/11 Families and Survivors United for Justice Against Terrorism, wrote to Trump, urging him to firmly defend their rights under JASTA.

“As you know, the Kingdom of Saudi Arabia is a defendant in our lawsuit because of the involvement of its agents in supporting the 9/11 hijackers, and for support that flowed to Al-Qaeda through institutions the Kingdom established and funded to spread a radical form of Islam that lies at the root of both Al-Qaeda and, more recently, ISIS,” wrote Terry Strada, a widow and the national chair for the 9/11 Families & Survivors. She also drew attention to the fact that the Saudi Arabian government is spending millions each month lobbying against JASTA in the U.S. and has recently been targeting and recruiting American vets to oppose JASTA.

The Miller Firm has an established track record of winning judgments from State sponsors of terrorism and continues to aggressively pursue justice for 9/11 victims injured by the actions of Saudi Arabia. The Miller Firm is presently accepting clients who were injured or families who experienced terrible loss September 11, 2011.  Please call 1-800-882-2525 and ask to speak to attorneys David Dickens, Timothy Litzenburg, Michael Miller or Nancy Miller.  They can be also reached at [email protected] or [email protected].